All about me, Chrissie and life at The Cafe
Subscribe to this blog post Unsubscribe
Print
5 minutes reading time (1033 words)

When we were 12, my best friend and I decided we were going to run away to Falmouth.

I'm not sure what we thought we'd do when we got there, but we started saving our pocket money each week towards the train fare, dreaming of days spent sitting on the quay, dangling our feet in the water without a care in the world.

Unfortunately, buyung crop tops and bracelets got in the way of our ability to save very much, and the idea - and in fact the friendship - died long before we had enough to get us past Exeter.

This just about sums up my relationship with Cornwall.

I love being there, and whenever it's time to leave, I have to really force myself back on the train to Paddington.

My photography gives me an excuse to stay on the beach long after the sun has set and my numb fingers can barely press the shutter release.

Yet somehow life in the Southeast has always kept me here, one way or another.

I grew up in Guildford, but my Mum is from Plymouth, and still has family in that area.  My great uncle is now 98 and has always been ridiculously fit and healthy for his age, having lived a life of surfing and eating clotted cream with most meals including breakfast.  I think he only stopped surfing at about 92.

We used to tease Nana sometimes for her West Country accent,  but she more than anyone instilled in me a love of the people, lifestyle and attitudes of the Southwest - and a love of tea and scones! - that has stayed with me wherever I've been.  I'll never forget how excited she was when my boyfriend in sixth form was from Devon.

Two years later she was still asking how the lovely boy from Devon was (who she had never met). 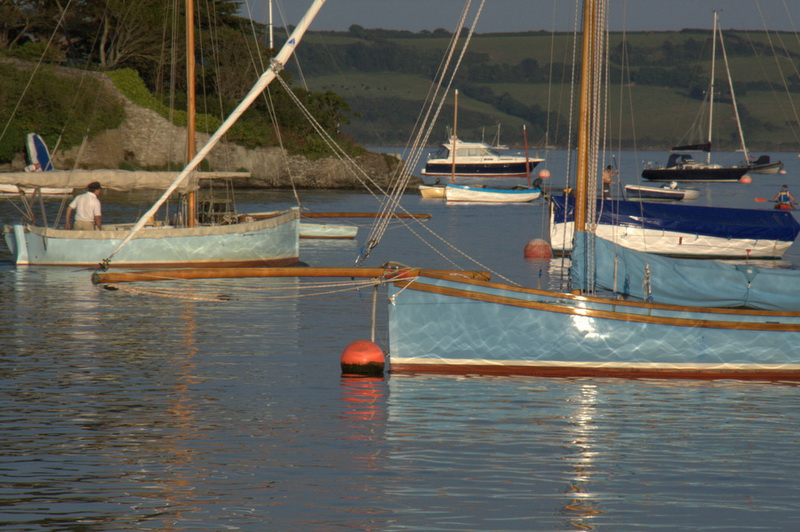 Both my parents spent their family holidays in Cornwall, and so it was natural for that to be where they would take my sister and I most summers, listening to the audio tape of Freshman's Creek on the long drive down, and stopping at Fistral Beach for the first feel of wind and salt on our faces.

Thanks to my Dad's obsession with boats, we were bundled into life jackets that we could hardly see out of the top of, and spent most of our days pottering around Fowey and Falmouth in a variety of different sailing dinghies.

The first real sense of freedom I felt was on a holiday in Falmouth, where my parents deemed the town safe enough for Rosie and I to wander off unaccompanied, and we'd take a Mirror dinghy out on our own, and see how many moored yachts we could crash into.

The first time I tried to surf was on my granddad's old wooden board on Fistral Beach, which had a surface like sandpaper and generally just sank.  Standing on a foamie came surprisingly easily after that.

The first boy I fancied was a blond-haired kid called Bartholomew, who I met running around on Perranporth beach.  I like to think if Facebook had existed in those days, he'd still be one of my 400 closest friends.

The best Cream Tea I've ever had was at Smugglers Tea Rooms, hidden away on the banks of the River Fal, on the edge of the Tregothnan Estate. 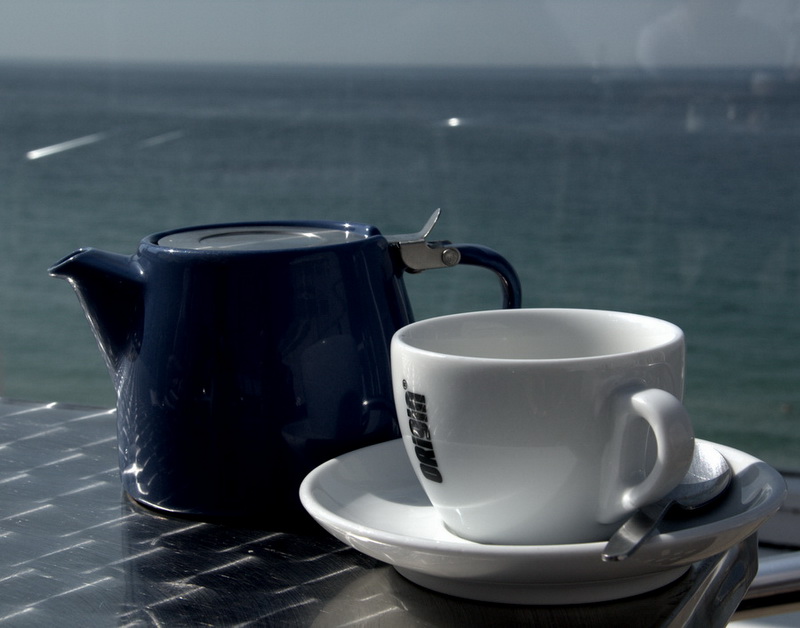 The best flat white I've ever had was sitting on the sunny roof of the Tate St Ives; Origin seasonal espresso with Roddas milk.  (If we have one aim this year, it is to find someone who can supply us with Roddas milk in London!)

And my favourite pub is the Pandora Inn at Mylor, sitting out on the jetty eating fish and chips and watching people come in off their boats as the sun goes down.

And possibly the most beautiful place I've ever been to - that's stuck in my mind at least - is Tresco in the Isles of Scilly, with its white sand beaches, turquoise waters and tropical Abbey Gardens, and the peacefullness of no traffic, no noise except the waves and the birds and the odd ring of a bicycle bell.

For the last ten years my parents have had an old miners cottage in a tiny hamlet between Falmouth and Redruth. 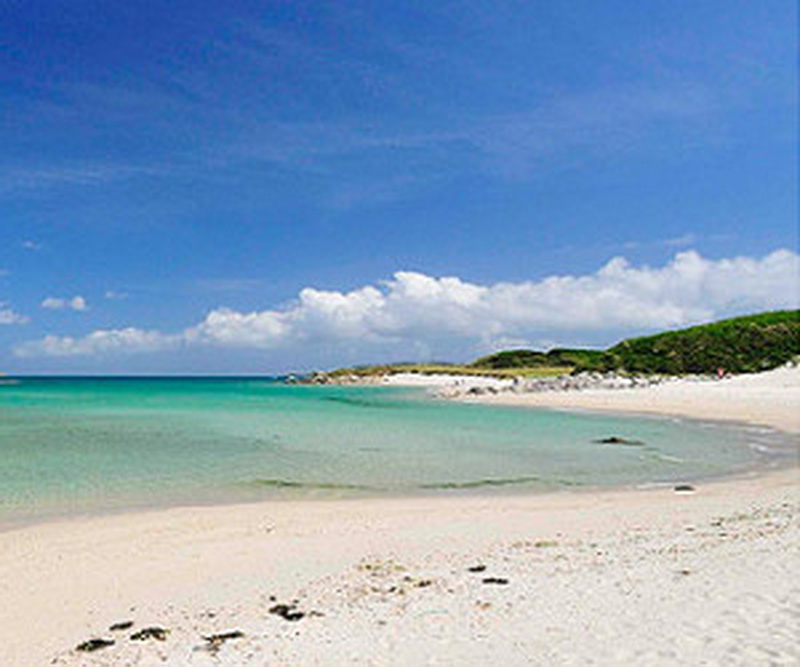 A half hour walk up the hill gives you a view of both coasts, and a fairly accurate weather prediction for the day.
Ten minutes' drive (if the sky to the North has proved clear), and you're running down soft sand dunes onto the seven miles of St Ives Bay, and jumping over freezing waves like you're 10 again.

Maybe one day I'll end up down there myself.  (And maybe the Duchy will start paying me for promoting all things Cornish..)

But Putney has been my home for seven years now, and I love it here too.  I love the smell of river mud that greets me in Wandsworth Park, and I never tire of running the same route along the tow path to Hammersmith - somehow, with all the people out on and around the water, there's always something different to look at.

And so Smugglers Southwest was born.  The idea of taking all the things I loved about the Southwest - the colours, the light, the lifestyle, the art, the fresh food straight from the farm, the fresh drinks straight from the orchard - and plonking them into a little coffeeshop in a big city.  Smugglers is designed to be a brief retreat from London life; a half-hour holiday when you don't have time to actually get away.

Sadly there's no beach, no surf and just a small amount of sand at the children's Sand Art table.  But there's always room to grow!

And it's just a two-minute walk to Putney Embankment, where you can sit on the slope with your toes in the water (I might not recommend much more than your feet),
watch the boats, eat your Roskillys ice cream from Smugglers.., and pretend you've run away to Falmouth.

To quote Frenchman's Creek, "the rest of us can only run away from time to time". 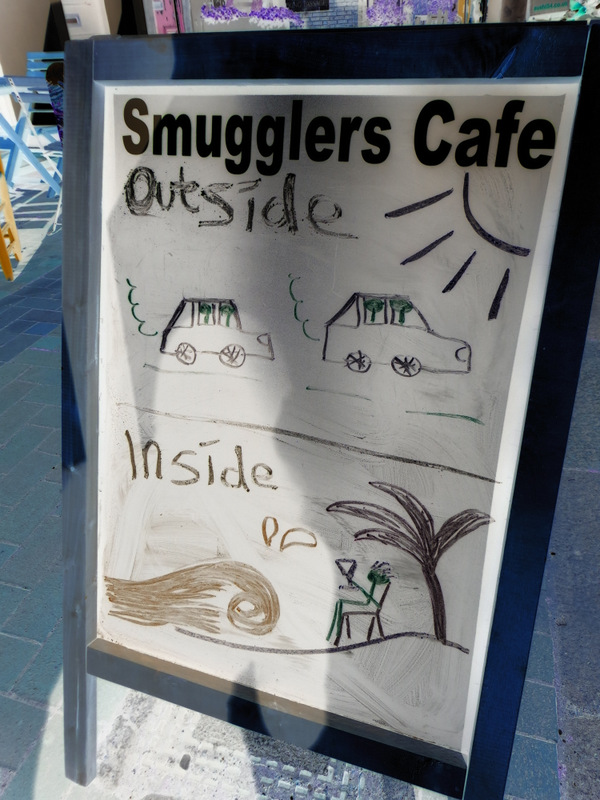 Hi, and welcome to Smugglers - or Dydh da, Dynnargh dhis, as a handful of people might say.  (We won't, don't worry.)

I'm Chrissie, owner of Smugglers Cafe and guilty of the five-year-old's handwriting that occasionally creeps onto the chalkboards.
Smugglers is my first venture into working for myself full-time, and I like my boss.

She doesn't complain when I'm late, she advocates lunchtime sunbathing,  and she is happy to admit that we would all rather be at the beach.

But the person who wanted nutella, lemon, honey, sugar, banana, maple syrup and bacon all on one crepe was going a bit far, even for us.

We hope that you will enjoy these creations in our relaxed atmosphere; at a 'rustic' table, with chilled music, and surrounded by seascape artwork and dubious Cornish signs.

We are new and evolving, so we love feedback - please do get in touch with anything you think we should add or change, or if you are interested in holding meetings, events, parties etc at our cafe, or would like to use any of our products elsewhere; some of our party and delivery options are shown in the links above.

More posts from author
Friday, 15 May 2020 The New Normal

By accepting you will be accessing a service provided by a third-party external to https://www.smugglerscafeputney.co.uk/

Cherie D'Avino @CherieCoco  ·
Thank you @smugglerscafe for the most delicious scrambled eggs & smoked salmon & fragrant earl grey, I'll be back!

Charlotte Oom @Charlotteoom  ·
Cornish pasties in London, I kid you not! @smugglerscafe Putney. Family-friendly, a little bit of Cornwall. 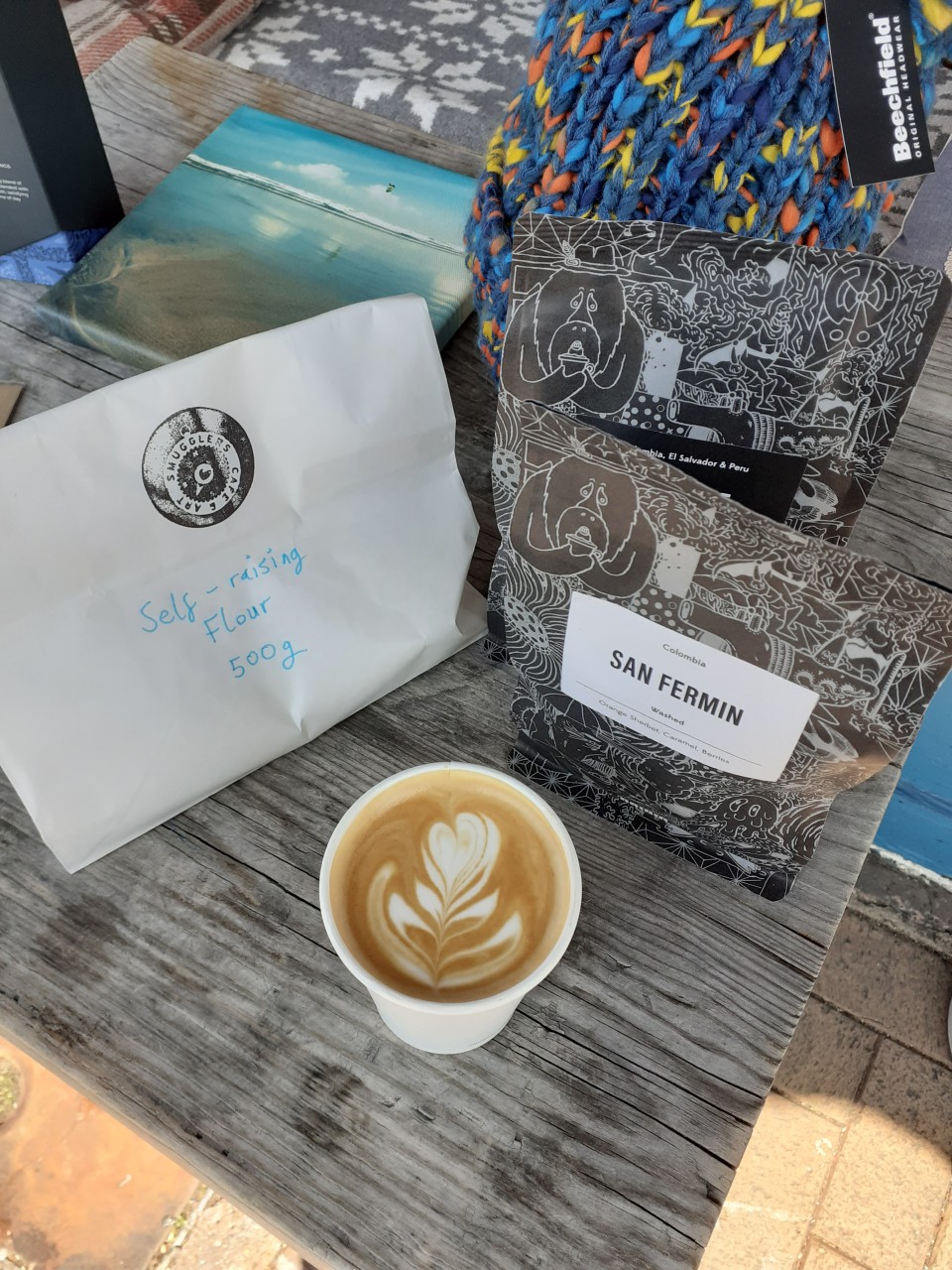 The New Normal
So many lovely customers have asked how the business is faring during these uncertain times.  We're grateful for their support, and would like to...
Read More